Involving our stakeholders – is it always possible? 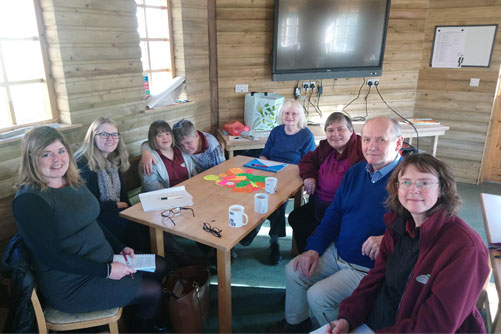 Including stakeholders is a fundamental requirement of social value, but is this always possible? We are currently running a project in North Wales to support voluntary organisations to embed social value measurement into their organisations. As well as measuring, we will upskill Trustees to use this information to inform their decision making, ultimately maximising their social impact. The twenty-seven organisations involved represent different groups with support needs within our communities including victims of domestic abuse and sexual violence, veterans, adults with learning disabilities, children and young people, the elderly, people living with illnesses such as dementia and cancer, people with sensory impairment, people living with mental health concerns and also individuals who have been long term unemployed.

We might be supporting the organisations to embed the principles and work through the ten impact questions, but we are also learning from their expertise as to how best engage effectively with some of the most vulnerable people in society. As a project, we are passionate about ensuring that individuals are central to our decision making, but to say that we didn’t have any apprehension about how we could do this effectively in some situations of course would be a lie.

Over the last few months, we have worked closely with various organisations and have engaged successfully with individuals and gain an understanding of their well-defined outcomes from those who know best. During one focus group with individuals supported by Deafblind Cymru, we were supported by brilliant volunteers who helped us communicate through sign language. At BAWSO, who support victims of domestic abuse, we had support workers providing both Portuguese and Polish translation during our discussions. At both events, their support helped to ensure that the event had the same amount of ease and conversation as any other focus group we’ve done. At Erlas Victorian Walled Garden in Wrexham, who provide meaningful daytime activities to support adult with various disabilities, we were inspired by one of the volunteers who was able to gain an insight into what had changed in the lives of individuals who attend the garden. She was able to turn what sometimes can be quite a dull process into an enjoyful get together full of meaningful revelations.

Confidentiality and sensitivity of course have been key, especially with some organisations such as those working with victims of abuse and great care was taken to plan these stakeholder engagement events. Within one organisation, we were able to arrange phone conversations from their offices where staff members transferred calls to us ensuring that we weren’t made aware of any personal details. This allowed the client to be comfortable, knowing that none of their personal details was shared but were extremely open about what had changed in their lives as a result, as well as what could perhaps be better to increase the impact.

Considering the saying ‘from the mouth of babes’ this became very apparent when working with several organisations who work with children and young people. They have been very open about their experiences and willing to share their thoughts on what was important, but also on what did not work for them. Dynamic is another charity being supported by us and they work with children that have a range of disabilities from physical, intellectual or sensory impairments, to life limiting illnesses. Using their expertise, they were able to ask the impact questions to the children which gave them an opportunity to express what was most important to them when attending the activities, while we engaged with the parents to get a better understanding about the impact on them as well as the impact on the children.

There are situations of course where involving stakeholders may not be possible such as those who might not have had positive changes, and we would always confirm any findings by involving others, such as parents, staff members, support workers and looking at other data and research. However, ensuring that all that is possible is done to allow a comfortable space for individuals to tell their story of change is our number one priority. They know best, and it’s only by asking people we can truly understand what happens and empowering them to communicate what is it that’s most important to them. One comment made at the end of one session with a mental health support charity confirmed this importance,

“Thank you for giving me the opportunity to contribute and for listening to my story.”


Back to the blog page.